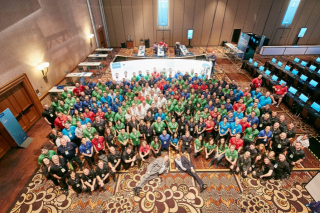 Among the 12K Labs and 122K VMs deployed during VMworld 2018, here are the most popular Hands-on Labs. This is the perfect opportunity for you to learn about VMware’s latest and greatest products and solutions.

A week ago, VMworld-US for 2018 wrapped up, and I have been slowly collecting my thoughts throughout the week to try and put out a meaningful blog post about my experience this year. While I was there I passed the VCP6.5-DCV delta exam. I’ve heard other people say the the delta exams are tougher, and they certainly were not wrong. Now I will be able to focus on getting the latest 6.5 VCAPs for the data center virtualization. I was also able to meet several other vExperts in the community, along with seeing old friends from years past. I was able to go out and celebrate with my new team at the end of the week which is always nice.

VMworld-US this year was a bit of a mixed bag, and it felt like it had lost its swagger. The half baked point system the events team dreamed up was just that. It certainly wasn’t thought out enough as only a few vendors participated. I guess you don’t know until you try, but hopefully it won’t make a return next year. If you did participate however, the swag that the VMworld team handed out was well worth it. The socks, laptop sleeve, and insolated bottle were all top notch. I was excited to get the VR headset, but disappointed that it doesn’t fit larger phones like the Nexus 6p. The solutions exchange was much more reserved compared to previous years. I am happy to see the continued support for those authors in the vCommunity, by encouraging book signings, and a meet and greet with the authors.

VMware did have some good announcements this year however. VMware ESXi 64-bit support on Arm processors, Amazon Relational Database service on VMware, and vSphere platinum to name a few. The keynotes themselves were great, but I much rather enjoyed last years opening act more, when VMware entertained the crowd with virtual reality. It felt more edgy and futuristic. This year it was rather slow, and they just seemed to jump right into the keynote.

The guest speaker on Wednesday’s keynote was Malala Yousafzai, who was there to speak about her own struggles in her home country Pakistan, and the attempt on her life because she shares the beliefs of the modern world, where women have equal opportunities, both in career and education. But with so many other women actually in the tech industry, and the push for getting younger girls interested in technology, was she really the best choice? I’m not discrediting the hardships she went through in her own country, but what was the point in bringing all of that to a technology conference? To me it felt a little weird having her interviewed by someone who’s home country of India, to this day, still allows the practice of marriage arrangements. Maybe I was the only one who cared to look at the finer details of the exchange. The additional security and screening to have Malala there, caused too much congestion for attendees to get in. Most ended up skipping out on going to main stage for the keynote. The event itself, felt like the popularity of the speaker, outweighed the value to attendees.

I’m still on the fence about the VMworld fest this year, and I’m certainly not alone according to this reddit thread. Royal machines put on a good show for the most part, but with retirees taking the stage, it wasn’t the best show unless you just wanted to re-live the 90’s.

Blink 182 and Fallout Boy of previous years I felt were far better venues and locations. On the other side of screen in the picture below was the main stage, which most people couldn’t get to, so this was their only viewing option. It looks packed, and certainly was at the beginning, but when I left halfway through the set, this side of the screen was almost cleared out. Maybe VMworld should have taken the picture at the end?

VMworld events team still failed at organizing enough food for attendees again this year, and lines were ridiculously long for the food and beer that was available. I’ve heard unconfirmed reports of attendees leaving hungry again. The location itself was awkward, and didn’t provide adequate room for the main show. The decor was cool, but that’s about it. 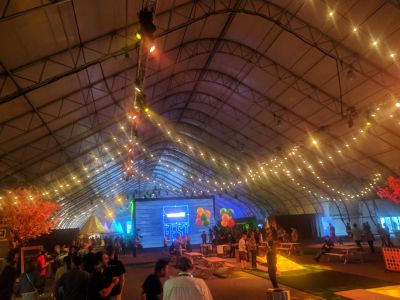 VMworld finally provided hot breakfast to the US crowd this year for attendees, which was much appreciated. I personally love bacon and eggs for breakfast, just not every single day. Would it have really cost that much more to provide some hot oatmeal, waffles or pancakes one or two days out of the week to break it up a bit?

There still seems to be a big push for moving to the cloud, and that certainly was the message that was being echoed at VMworld. Being a vExpert, and a member of the vCommunity, I was able to talk to many at the conference, and I was hearing a different message. The cloud is too expensive, and organizations have begun migrating away from the cloud, to have control of their infrastructure, and to keep costs down. Working for two very different cloud providers in my IT career, my current employer, who gives customers their own private clouds, and my former employer, who uses the shared cloud approach, certainly gives me an interesting perspective on cloud provider technologies and architecture. The market has many different cloud offerings for customers to chose from, but customers still have yet to fully understand what they need to be successful in the cloud, given their size and expectations. But who will lead them down the correct path? Perhaps we are on the cusp of another industry shift.

Direct playback URLs for all VMworld 2018 US Sessions 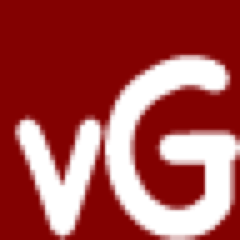 Direct playback URLs for all VMworld 2018 US…

It has been less than 24 hours since VMworld 2018 has concluded and the awesome VMworld team has already published most, if not all VMworld 2018 US session recordings! Similar to past years, I have put together a nice summary page that contains all the session recordings links separated out by the different categories which you […] 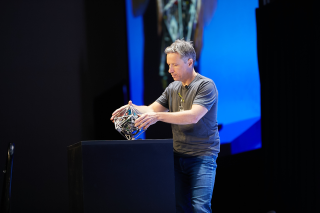 It’s hard to believe it, but Thursday marked the final day of VMworld 2018 US and we could not be more thrilled at the way this year’s exceptional conference turned out. Time sure does fly when you’re having fun, learning from vExperts, discovering new technologies and making new friends in the global vCommunity. On Day The post VMworld 2018 US Day 4 Recap: Celebrating 20 Years of VMware appeared first on VMworld Blog .

Direct playback URLs for all VMworld 2018 US Sessions

Direct playback URLs for all VMworld 2018 US…

It has been less than 24 hours since VMworld 2018 has concluded and the awesome VMworld team has already published most, if not all VMworld 2018 US session recordings! Similar to past years, I have put together a nice summary page that contains all the session recordings links separated out by the different categories which you […]