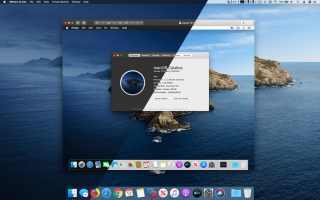 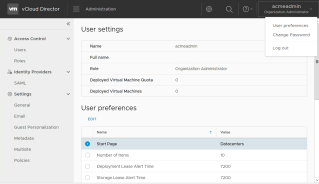 With clockwork efficiency after less than 6 months there a is new major release of vCloud Director – version 10. As usual, I will try to summarize all the new functionality compared to the previous release 9.7. I have similar posts about 9.7, 9.5 and 9.1 so you can get quickly up to speed if… 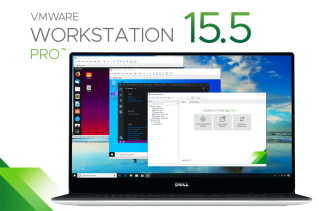 Looking back on this past week, all I can say is that it was pretty crazy. It was my first time to San Francisco, and I honestly left with mixed feelings on the City.

VMworld itself was pretty good! VMware cut back the general sessions to just two days (Monday and Tuesday), and I am honestly conflicted about the missing Thursday general session, as they usually showcase some non VMware related tech for this session.

If I could sum up VMworld in just one word this year, it would be: Kubernetes

VMware debuted their cloud management solution VMware Tanzu with partnership with Pivital, and showcased the ability to manage multiple Kubernetes clusters across multiple clouds, all from one central management dashboard, and Project Pacific, VMware’s endeavor to embed Kubernetes into vSphere.

VMware also added the Odyssey competition this year just outside of the Hands on Labs area. This was in the HOL style, however this only gave attendees hints on what needed to be completed, and really allowed you to test your knowledge and skills in order to complete the task, without the hand holding that the typical HOL provides. Teams were able to compete against each other for the best times, and had some pretty decent prizes.

All in all, it was a decent VMworld, and they will be returning to San Francisco next year. I can’t say that I enjoyed the location, especially with the homeless problem San Francisco has, and I would much rather see VMworld bring it’s 20k+ attendees to a cleaner city, without the drugs, pan handlers, and human waste on the streets. You’d think that as someone who grew up on a farm, and is used to certain sights and smells, that it wouldn’t have bothered me so much, but this took me by surprise

This was also a special VMworld for me this year, as I was finally able to meet Pat Gelsinger. I can tell he really likes the community, and would love to stay longer and chat with everyone. I certainly would have loved the chance to talk with him longer, but I know he had other obligations that night.

The vExpert party was fun as always, and we were able to get a nice photo of the group.

The last session I attended this year was “If this then that for vSphere – the power of event-driven automation” with keynote speakers William Lam, and Michael Gasch. Several well known VMware employees and bloggers were in attendance, including Alan Renouf, who was two chairs down from me, and for this first time I felt this crippling awkwardness of wanting to take pictures with all of them, but was so star stuck that I couldn’t bring myself to it. I know these guys are just normal folks who just happen to be stars in the vCommunity, but I had to contain myself, and enjoy the keynote. Hopefully our paths will cross again, and I can personally meet them.